When nature showed who was boss

After a perfect weekend of preparation in the beautiful Engadin Valley it was finally time to start up the roller coaster.

ÖTILLÖ Engadin was going to be our race five and six over a six week period of either preparing or producing. Our team has put in massive work to get It all in place and now was the time to close the books on the last 8 qualification spots for the 2017 ÖTILLÖ Swimrun World Championship. 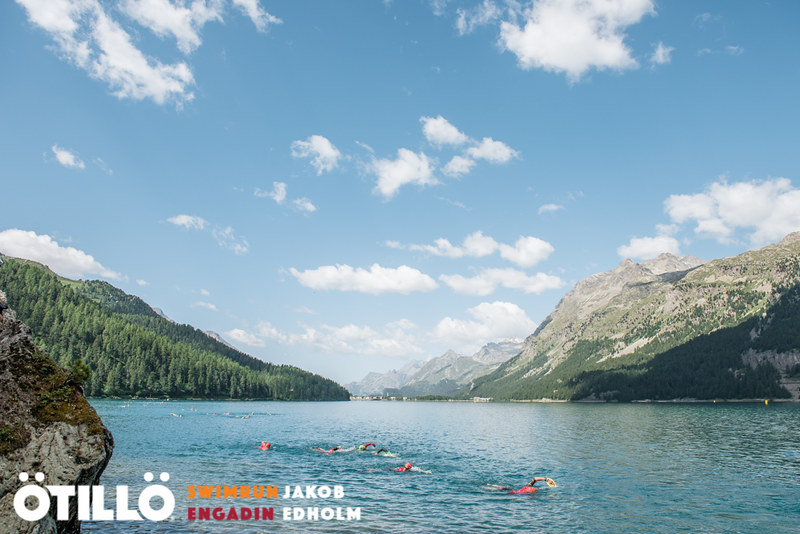 Saturday, Sprint day was a perfect day. 61 registered teams ( up from 17 in 2016) and the best Engadin weather. The teams breezed through the almost 17 km course with massive smiles on their faces.

All sprint teams finished and We congatulate you all, We also salute the podiums and winners.

Go to Swimrunranking.com and collect your points.

The day started with perfect race weather. A little overcast. At the gun the teams bolted up towards the fabulous Lej Cavloc. Some a little too fast. That caught up with them later on the course.

From very early the Ekman brothers of Bröderna Bäver, took the lead. They also managed to hold on to it until the bitter end. Coming out on top as the uncontested winners. In mixed the awesome team of Daniel Hansson and Kristin Larsson managed to win the mixed category again. The same in the womens category, where team Öra with Charlotte Ericsson and Salli Califjord pulled out the stops and won again!

However, the big thing during the day was being hit by a major thunderstorm in the middle of the day. Showing that we are nothing. All we could do was to try to adapt! We managed to ger everyone out of the water quite quick and managed to keep the race running smooth. Fantastic organisation! It was a humbling experience.

The best teams won, the 8 qualified took their spots and we are now a big expanding family!

Congratulations to all teams. Thank you to all racers, volunteers, staff, media and sponsors.

See you all in 7 weeks for the 2017 ÖTILLÖ Swimrun World Championship.

Come on out as We have the ÖTILLÖ Final15K on the saturday before the World Champs!