After several years of searching for a home in France we finally have found it in Cannes. Who would have thought?

A city environment that provided us with a new, challenging arena for an ÖTILLÖ race weekend. With a great balance between nature, water and urban, a new environment for us. We knew we needed to make a race course that had a few surprises in store and we believe we did!

For Mats and I these new challenges also keeps us on our toes and makes us think out of the box. To add to the puzzle we also needed to work with an external partner. We knew from the outset that we would never be able to get through the French administration on our own. For the first time we would have to trust our baby to someone else. Something we have never done before. Philippe Cordero and Laurent Gourmaud deserve all the praise we can give as they managed to perfection to handle the pressure of our expectations and the complexity of building an ÖTILLÖ project. We now have a great platform to make it even better for next year!

Again a dream come true. Who could have asked for better weather for a season finale? 25 degrees in the air and about 21 in the water with little wind.

On Saturday we had the Experience and Sprint races with a total of slightly more than 200 racers. We were honored by the participation of the Mayor of Cannes, Mr David Lisnard. On top of that we had the two top Women’s teams in the 2018 World Series chasing each other around the course to maximize their points for Sunday’s World Series race. They were after the race on exactly the same amount of points and the final winners would be the team ahead of the other on Sunday.

Sunday – last World Series race of the year – an early morning boat ride to the Ile St Marguerite where we held the start on the ramparts of the old fort. What an amazing setting.

The race started at a very high pace with two fast loops around st Marguerite and st Honorat. The latter with the amazing backdrop of the monks and the monastery. Before racing back to the mainland. A big swim along the Croisette, a run up to La Croix des Gardes, a run through the old town and the flea market, another big swim across the Croisette, a steep run up La Californie, a jungle trail to the nudist beach before the last swims and runs to the finish line. A spicy soup of surprises!

At the start we had 155 teams, all finished except one. In total we had more than 500 racers over the weekend from a total of 24 nations.

Massive congratulations to the winners and podiums of the race. Huge respect to all racers.

Our hats are off to the final Word Series winners after a long season of having to prove yourselves constantly. 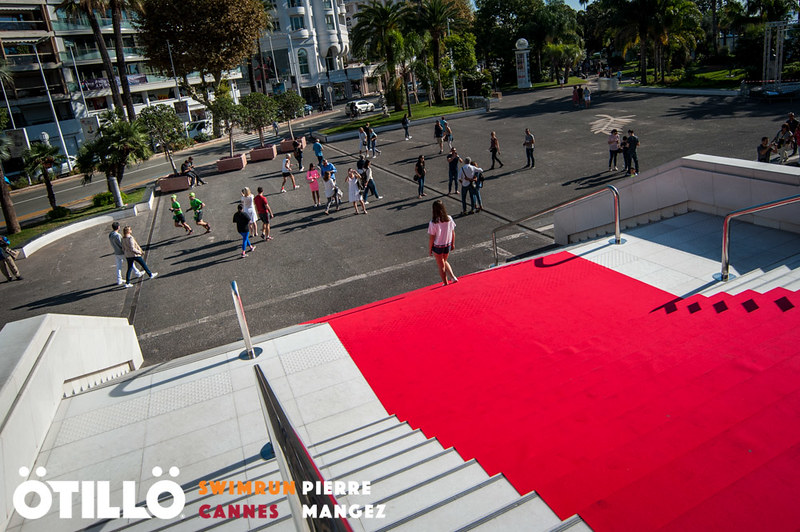 See you next year ❤️

ÖTILLÖ Swimrun World Series through the voice of Michael Lemmel